Following the regular deer and bear seasons in the Southern Zone, late bowhunting and muzzleloading seasons run from Dec. 13 through Dec. 21, and again from Dec. 26 to Jan. 1, the latter of which is an extension from past years. Hunters taking part in these special seasons must possess a hunting license and either bowhunting or muzzleloading privileges. 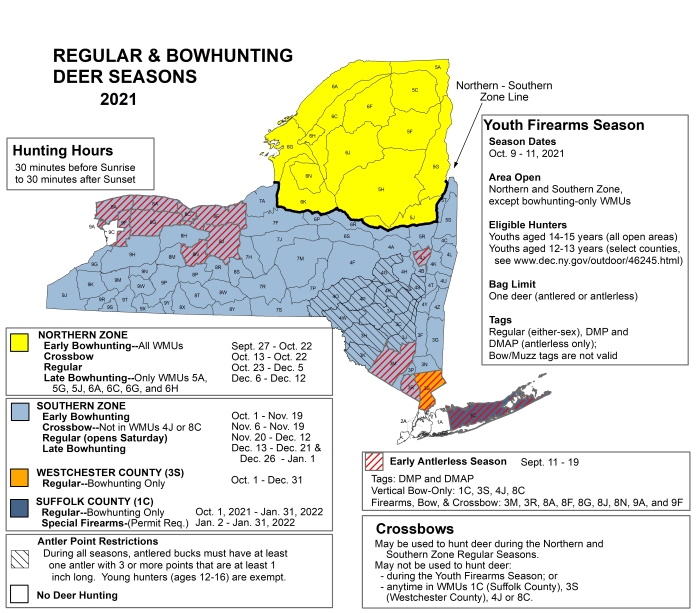