When Dave Stromecki’s son, Ben, was struggling with brain cancer at age 11, he wanted medical clearance for one activity: hunting. Ben had been going out in the woods with his dad since he was 5. He had shot his first white-tailed deer with a crossbow shortly before receiving his fatal diagnosis.
“We had a sick kid,” Stromecki said. “So what do you do? We did what he wanted to do.  Fortunately, he loved the outdoors” 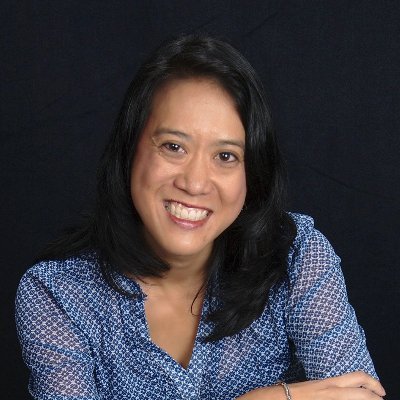 Ben Stromecki, 11, shows off the mounted head of the first deer he successfully hunted. Ben, who died of cancer, loved hunting. Local counties are now weighing a law that would let children as young as 12 hunt deer with a firearm.

But at the time, New York didn’t permit deer hunting with firearms or crossbows for anyone under the age of 14. So Stromecki, who lives in Elma, took Ben and their hunting gear to Pennsylvania instead.

New York has since adopted a law this year that allows 12- and 13-year-old children to hunt deer with a firearm or crossbow in the presence of a licensed, experienced adult. But unlike other hunting laws passed by the state, it’s up to individual counties to opt into the law, making it an issue for every county in Western New York.

Children as young as 12 already are permitted to hunt with adult oversight and may use firearms to shoot small game, which includes game birds, squirrels, rabbits and coyotes. But they are limited to regular compound bow hunting for deer.

Until this year, New York was the only state to forbid children at this age from hunting big game with a firearm.

The adopted 2021 state budget changed that by including a provision to permit children 12 and 13 to use a rifle, shotgun, muzzleloader or crossbow with supervision if counties opt into the state’s three-year pilot program.

Genesee and Livingston counties are among four New York counties that have opted in. Niagara and Wyoming are expected to hold a public hearing on the law within the next few weeks.

The Erie County Legislature recently held a committee meeting on the issue, but the matter is likely to be more controversial, with both hunting and animal rights advocates weighing in. No public hearing has been scheduled yet, a necessary step for the county to vote on any opt-in provision.

Walter Baranowski, a Springville resident who regularly takes his daughter, 10, and son, 7, into the woods with him when he hunts, said he doesn’t believe there should be one youth firearm hunting standard for shooting birds and small game and another for shooting big game.
“If you want to preserve this way of life, you need to get the youth involved,” he said.

by The Buffalo News, the hunting tradition in Western New York is fading. Interest in the pastime in this region, as well as across the country,has fallen in recent years. This is of concern to some conservationists because hunting and fishing license revenue is used to help pay for state conservation efforts. Hunting and conservation organizations have expanded outreach to youth and women to try to mitigate the loss of thousands of hunters who have given up the activity. But not everyone supports the lowered age. Several of those involved in animal advocacy have alerted the Legislature to their concerns.

“The thought of putting guns and bows and arrows into the hands of children so that they can go out into the woods and slaughter helpless wildlife is very distressing,” wrote Polla Milligan, a Buffalo resident and founder of the WNY Lost & Found Pets Facebook page and White Whiskers Senior Dog Sanctuary. “I am 100% opposed to this alarming piece of legislation and cannot understand why you would think it is anything Erie County should support!”

For many rural and suburban families, the hunting tradition spans generations.
“I’ve been going out in the woods with my father since I could walk,” said Baranowski, 30. “It’s in our bloodline.”

He helped teach his younger sisters how to hunt and now does the same for his two children.
He described being in the woods with his family before dawn and watching the world come to life, about foraging for wild leeks and morel mushrooms and building respect and connection between what shows up on the dining room table and the animal that provided the food.
“The memories that you make, that’s what matters,” he said. “The big thing, too, is the immense respect you’re teaching them for firearms. My kids know, do not go near Dad’s guns, plain and simple.”

Stromecki, whose son died of cancer in 2018, the day before his 13th birthday, said he wished he could have spent more time hunting with his son closer to home than spending so much of fall in Pennsylvania, where there is no age limit for youth hunters as long as they are with an experienced mentor.

Ben would have been allowed to hunt deer in New York with a regular, compound bow under state rules, but he wasn’t strong enough to pull one, his father said.”We want to be able to hunt in our own territories, in our state, and in our counties, and we couldn’t,” Stromecki said.

Many animal rights advocates and those concerned about gun violence involving youth have objected to laws that allow firearms into the hands of kids.

Anne Muller, a representative with the League of Humane Voters, a political organization that opposes hunting and advocates for animal protection legislation, said the Erie County Legislature should not pass laws that advocate having adolescents shoot bullets and arrows into animals.

She noted that the brains of 12- and 13-year-olds are still developing, particularly the part of the brain that controls impulse and organizational skills.”

Does it make sense to put firearms in their hands?” she said.”Please say no!” wrote Milligan, of WNY Lost & Found Pets. “Every society is judged by how it treats its animals.”

Lauren Wesp, a former teaching assistant at the University at Buffalo who studied sociology with a focus on animals and society, said she’s concerned about the risk to children wounding or killing themselves and others with deadly weapons they aren’t mature enough to handle. She also raised concerns about the impact on a child’s emotional development.”

It is common for violent adults to have started out by harming animals when they were children,” she said in an email. “So when we foster values of compassion and empathy rather than domination and violence, we end up with a better world for all animals, both human and nonhuman.”

Meanwhile, Legislator Jeanne Vinal, D-Amherst, expressed concern that the revised law did not explicitly state that children ages 12 and 13 must have the permission of a parent or guardian in order to go out and hunt deer with another adult. 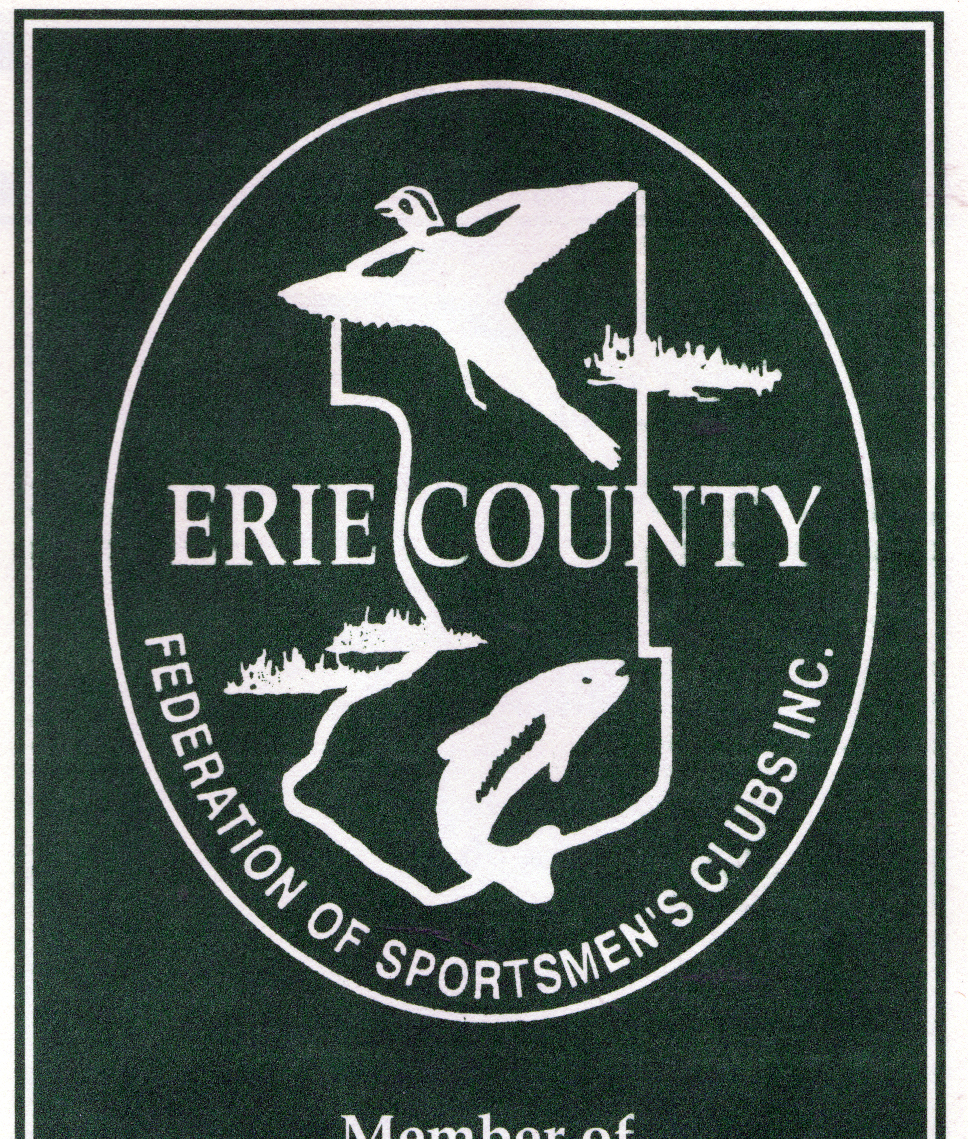 Jeff Jondle, President of the Erie County Federation of Sportsmen’s Clubs, and Rich Davenport, co-chair for the state’s Conservation Council Big Game Committee, said the state’s pilot program is part of a larger law that already requires this permission.

No youth can receive a hunting license without a parent or guardian’s permission, they said.

“There is more shooting in the City of Buffalo by youth than by kids hunting,”Stromecki said. “Most of the kids that hunt aren’t the kids that are having issues withthe firearms.”

Under the new state law, youth ages 12 and 13 who hunt deer with firearms must be accompanied by an adult 21 or older who has at least three years of experience hunting deer.

Jondle pointed to information from the New York Sportsmen’s Advisory Council indicating that youth hunters under a mentor’s guidance are four times safer than the general hunting population and become safer and more responsible hunting adults. Teaching kids to hunt is about family bonding time and connecting children to their environment, advocates said, noting that many conservation organizations were founded by hunters.

“It’s not about stomping around in the woods and killing things,” Baranowski said. “The bonds you share, the memories that you make, that’s what matters.”Hunting organizations and agencies like the Department of Environmental Conservation hope that teaching kids to hunt with a firearm enables them to enjoy some early success in what can be a trial of unrewarded patience.

Stromecki, 50, said he’s grateful he had that hunting time with his son, while his son was alive. He just wishes more of that time could have been spent closer to home.

“There’s far more than pulling a trigger, than shooting a bow,” he said. “There’s a lot of education that goes on, and with Ben, a chance to forget about the bad stuff going on.”